There is a very dangerous misconception about veganism out there that I must clear up immediately.

A new, super fun friend and I were talking in a group the other day.

She went vegan recently (what a good choice she’s making for her health, animals, and the Earth!), and she was saying she was enjoying it but was a little worried about what she might do when it’s “that time of the month” without chocolate.

I realized she hadn’t found out yet that vegans can eat chocolate. And I realized that this is widely thought. The horror! The horror!

I felt awful that anyone would ever think, even for a minute, that they’d have to live without chocolate! 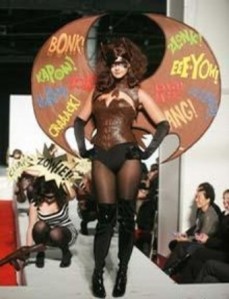 If I could have, I would have quickly put on a chocolate super powers cape, flown her to the nearest natural foods store, and landed us in the candy aisle to wonder at the immense vegan chocolate-bliss moments awaiting.

I don’t have a chocolate magic cape though (if you find one please let me know), so as fast as I could, I shared the best news ever:

Chocolate comes from cacao beans, grown on cacao trees, so it is plant-based.

The beans are fermented, dried, processed, and then added as a main ingredient into different kinds of chocolate – dark, milk, white, etc.

Most milk chocolate is not vegan because of the added dairy milk ingredients (unless noted on the candy that it is rice milk or some other plant-based milk). Unfortunately, a lot of popular candy is made from dairy milk chocolate.

But do not despair! There are TONS of vegan chocolates out there, with more cruelty-free options being added all the time….

In fact, we can all indulge in vegan versions of our favorite childhood candy bars, like Snickers and Reese’s, thanks to Go Max Go (they were one of my vegan stocking stuffer picks, and they’re releasing a vegan version of Butterfinger next! YAY!).

OK, I’m feeling a bit Willy Wonka-ish here, but you can tell –  vegan chocolate is EXPLODING, there are so many choices.

The best way to make sure chocolate is vegan is to quickly scan the ingredients. Good chocolate should only have a few, so it’ll just take a second.

And contrary to the way it sounds, cocoa butter is vegan. Look out for tricky ingredients like whey or casein, which are milk derived.

If you’re not sure, a great trick for seeing if there is milk in chocolate is looking at the bottom of the ingredients list at the “Allergen Information.” It will say: “Contains milk,” because dairy milk is a common allergen.

Now you know how to spot vegan chocolate just in time for Valentine’s Day!

Here are my personal top vegan chocolate suggestions for your Valentine (or for you. I won’t tell)!

This is not just chocolate; it’s organic, fair-trade, vegan DECADENCE in the form of artisan truffles, chocolate-covered caramels, vanilla-kissed strawberry bark, peanut butter cups and more. I’ll take them all! (These can be ordered online.) 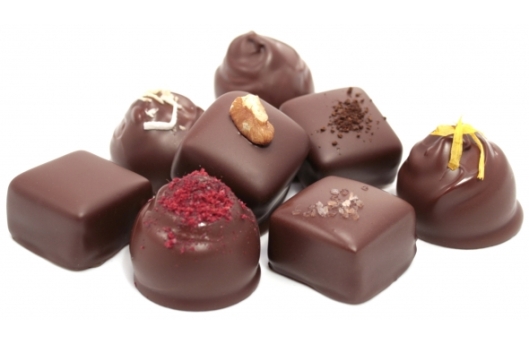 Who won’t say a very mouth-full-muffled ‘I wuff voo’ after being given an ooey, gooey marshmallow-y, chocolatey melty s’more? These babies are handmade in a dedicated vegan facility, with gelatin-free marshmallows and organic Belgian dark chocolate. (Order online or find it at Whole Foods!) 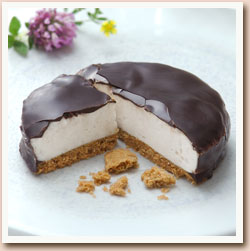 These vegan chocolate bars come in exciting flavors like ‘Pick Me! Pepper,’ ‘Mission Feral Fig,’ and ‘Fakin’ Bacon’ (what!?), but the best part is 100% of their profits go to animal rescue organizations. (You can order these online.) 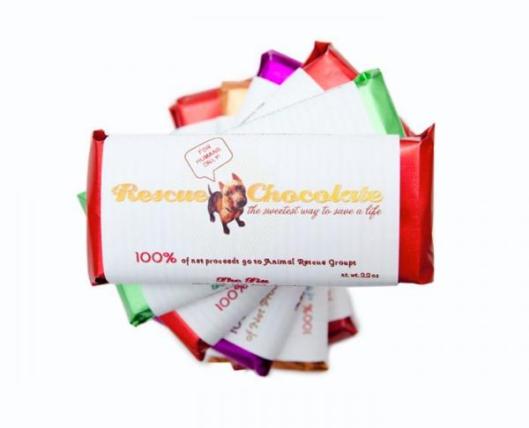 For a huge list of all sorts of vegan chocolate candy out there, check out this comprehensive VegNews guide.

Do you have a favorite vegan chocolate product? Tell me about it in the comments below – I want to try it!

You’re all set for Valentine’s and beyond. Now spread the word to others to end this sad vegans-can’t-eat-chocolate misconception!

15 thoughts on “Best News Ever: Vegans Can Eat Chocolate!”