“SACK HIM! Knock him back!”

“Wrap UP, people! You’re not going to tackle him like that!”

When it comes to college football, I’m a little bit excitable.

Me being my rabid fan self, you know, just hanging out with the ‘lucky’ statue of The Bear in Tuscaloosa

It’s because I attended the University of Alabama, where one cannot help but become a rabid fan of the sport.

Passion runs deep for college football, and millions of others share my enthusiasm for their own teams.

While the phrases I scream at the TV during games might not always line up with my values of non-violence, I’ve come to accept that inherent contradiction that comes with being an SEC fan and vegan.

But I don’t have to compromise my compassion when it comes to enjoying traditional foods eaten during football games.

There are delectable vegan versions of all our favorite football foods, just waiting to be discovered!

I’m going to share some of my favorites with y’all today!

Whether tailgating or watching from home, we can all enjoy these cruelty-free foods that celebrate the glory that is college football.

My dog Rosie’s middle name isn’t Julio (after Julio Jones) for nothing!

If this creamy, hot dip doesn’t say “football,” I don’t know what does!

1 (8oz.) package of vegan cream cheese (I ♥ the Follow Your Heart brand), softened

Salt and pepper to taste

Preheat oven to 350. In a medium bowl, mix together all ingredients except the spinach and artichokes. Gently stir in the veggies, then transfer to a baking dish. Bake for about 20 minutes, or until bubbly. Enjoy with tortilla chips and try not to yell at the TV with your mouth full! 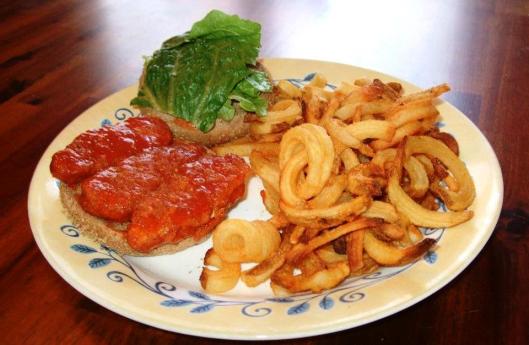 Heat ’em up, toss them in some Buffalo sauce, pop those frozen curly fries in the oven, and you’ll fool even the most non-vegan fan!

2 teaspoons Vegan Worcestershire sauce (otherwise, it has anchovies in it! Blech!)

Dash of salt and pepper 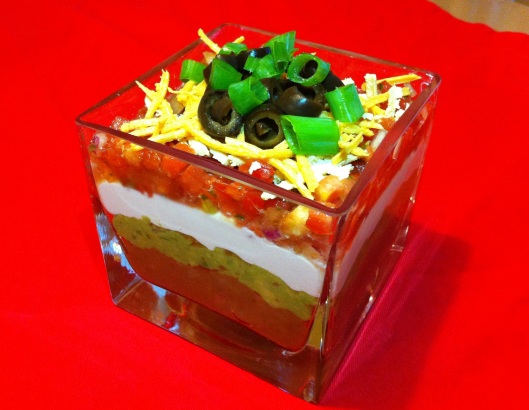 This dip gives you seven points – I mean layers – of deliciousness!

To me, it’s most aesthetically pleasing in this order: vegetarian refried beans, guacamole, vegan sour cream, salsa fresca, Daiya vegan cheese, black olives, and green onions. But go for that touchdown however you like!

Vegan meatballs by Nate’s are great in spaghetti too!

Your arm will constantly be in-motion from tray to mouth!

Pour some BBQ sauce in a crock pot, add these vegan meatballs by Nate’s, and you have yourself some very easy and delicious party food!

For a modern and unexpected twist on this retro classic, I recommend whipping up some sweet-and-sour sauce from Chef Chloe Coscarelli‘s cookbook, Chloe’s Kitchen.

We made these the other night, and the hubby filled up on them before we could even get to the entree!

Did you know there’s such a thing as vegan bacon bits? Well, there are, and they’re great on crispy potato skins loaded with melty vegan cheese, sour cream, and fresh green onions!

Why half-time? Because they’re so yummy, you’ll want to give them your full attention. Then the game will be back on before you know it!

Place them on a platter decorated with your colors, and you’ll have a very satisfied group of game-watchers.

Isn’t it a beautiful display?! I’m a little partial to crimson and houndstooth. 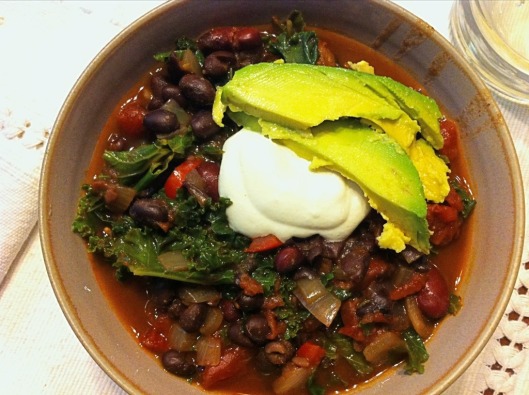 The crisp chill of fall is not yet in the air here in South Carolina, but football always makes me want chili, no matter the temperature!

Vegan chili can be just as hearty and tasty as the meat-laden kind, so just pick a vegan recipe that looks good to you and try it out! Here are links to some of my favorites:

Smoky Red and Black Chili from The Sweet Life

With endless possibilities for toppings, pizza can be (almost) as exciting as a play action pass. Check out my pizza post here for lots of vegan pizza pics!

Make your own, or order in (just not from Domino’s – they refuse to get rid of cruel gestation crates in their pork supply).

There’s nothing quite like high-fiving after a touchdown with messy nacho fingers.

I can’t forget nachos in a list of football foods!

Dress ’em up however you like; I douse mine in vegan nacho cheese sauce (the recipe can be found in this post), spicy black beans, salsa, vegan sour cream, lettuce, avocado or guac, and lots of hot sauce! 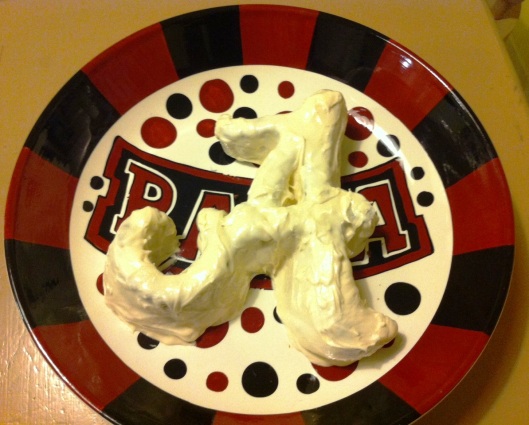 Doesn’t everyone have a cake pan shaped as their team’s logo?

Don’t forget to include something sweet for the victory celebration!

Vegan cakes, cupcakes, brownies, etc. all hit the spot. Just make sure to decorate them for the football theme in some way to keep it festive!

What favorite football foods am I missing? Let me know in the comments below, and I’ll find a vegan version for you!

To a Compassionate Football Season!

6 thoughts on “Bring on the Football Food!”